Iranian nukes in the Iranian news 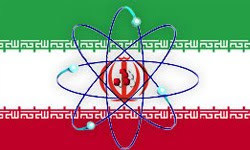 April 9, as in past years, was the Iranian "National Day of Nuclear Technology." Some nuclear-related headlines from Fars, starting with some swell news:

Iranian President Mahmoud Ahmadinejad stressed on Saturday that Tehran is resolved to continue progress in nuclear fields and join exporters of nuclear technologies.

Addressing a ceremony at the Atomic Energy Organization of Iran (AEOI) here in Tehran today to mark the 'National Day of Nuclear Technology', President Ahmadinejad stressed that Iran should acquire and master all nuclear-related technologies, and said no nuclear capacity should remain out of the reach of the Iranians.

"We should not only be able to use all our capacities and potentials in the (civilian) nuclear technology, but also export nuclear know-how," the Iranian president underscored.

He said that the West is pressuring Iran and making baseless claims against its nuclear program which is under the full supervision of the International Atomic Energy Agency (IAEA) in an effort to deter the country scientific progress.

"Enemies cannot deprive Iran of its dignity, independence and self reliance," the president reiterated, and mentioned, "Trust in God and unprecedented unity among the Iranian nation is the key to our achievements."

Following Iran's major achievements in the field of nuclear energy in 2006, the High Council of Cultural Revolution designated April 9 as the 'National Day of Nuclear Technology'. [...]

All this, of course, is bad news for the World Arrogance: MP: Enemies' Plots Defused by Iran's Access to N. Energy:

Iran's ability to acquire and master the nuclear technology has defused all the plots hatched by the enemies to undermine the country's progress, an Iranian lawmaker stressed here on Saturday.


Speaking to FNA on the occasion of Iran's annual National Day of Nuclear Technology (April 9) today, member of the parliament's Energy Commission Abdollah Ka'bi said the great achievement came thanks to the vast efforts made by the country's scientists and experts and despite all problems and impediments, including the sanctions, imposed by the arrogant powers against the country.

"The obstructions made by the West and its plots proved inefficient since the resolve of the Iranian nation and government and experts for acquiring this technology grew more than before," Ka'bi noted.

The lawmaker stated that the country's access to nuclear energy signifies that the Iranian nation is resolved to climb up and stand atop the summits of scientific progress to reach full independency. [...]

Is that a word? And there is more nuke news: Iran Starts Uranium Dioxide Production :

Iran on Saturday launched a uranium dioxide (UO2) production unit on the occasion of the country's 'National Day of Nuclear Technology'.

Uranium dioxide or uranium(IV) oxide (UO2), also known as urania or uranous oxide, is an oxide of uranium, and is a black, radioactive, crystalline powder that naturally occurs in the mineral uraninite. It is used in nuclear fuel rods in nuclear reactors. [...]

So let's raise our cup of heavy water, and salute all that nuclear progress in the IRI . . .
Posted by Yitzchak Goodman at 12:36 AM