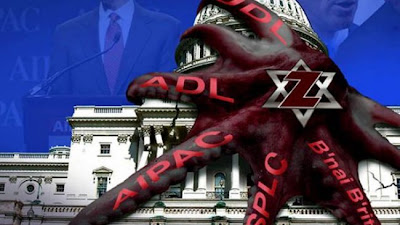 Iran reacts to the removal of PressTV from Spanish television by demonstrating why it got removed. Great graphic:

It seems that the West is sloughing over its established definition of freedom of expression when the Iranian channels HispanTV and Press TV come under brutal censorship by the Israel-friendly satellite companies in Europe.

Evidently spearheaded by the Zionists, Spain’s satellite provider Hispasat has ordered Overon to take Press TV and Hispan TV off the air. No wonder, the illegal move created extreme joy in the Zionist organizations such as the American Jewish Committee (AJC).

“This is an important development in the worldwide effort to contain the defiant regime in Tehran, one we have been watching carefully for months and discussing with our friends in Spain,” said AJC Executive Director David Harris.

“Hispasat did the right thing,” Harris continued. “No satellite company in the Western world should enable the dissemination of propaganda from an Iranian government that denies human rights, supports terror organizations and is determined to achieve nuclear weapons capability. That Hispasat’s action triggered such an angry response in Tehran tells us all we need to know about its significance.”

Overon says as the EU has blacklisted the head of the Islamic Republic of Iran Broadcasting, Hispan TV and Press TV must be taken off the air. It should be noted that Hispan TV is officially registered in Spain and operates under the country’s media laws. Besides, the EU has confirmed to Press TV that its anti-Iran sanctions do not apply to the country's media.

From a legal point of view, this move runs counter to the European Convention of Human Rights (ECHR). Article ten of the ACHR says, “Everyone has the right to freedom of expression. This right shall include freedom to hold opinions and to receive and impart information and ideas without interference by public authority and regardless of frontiers. This Article shall not prevent States from requiring the licensing of broadcasting, television or cinema enterprises.”

Hispasat is partly owned by Eutelsat whose French-Israeli CEO is widely believed to be the architect of attacks on Iranian media in Europe.

Without even Michel de Rosen being the Zionist CEO of Eutelsat, the European media is so pathetically caught up in the claws of the Zionists that they would readily give in to their demands especially when they are directly aimed at dispelling the political sway of the Islamic Republic.

On the one hand, the Zionists keep depicting themselves in the light of a nation so viciously persecuted in the course of history at the hands of the Europeans, an excuse which they use as a way of emotional blackmail. This, the Europeans sadly buy and seek to make up for the ‘holocaust’, an inflated issue, a political ace in the hole for the Zionists.

On the other hand, Europe is infernally prone to smother any voice coming from Iran and that which is in defense of the Islamic Republic as the Europeans are fearful of alternative channels such as Press TV, Hispan TV and RT which deliver a truthful report of the public discontent in the European community. The fact is that Europe is crumbling from within and there is no economic salvation in sight and Europe prefers media blackout. Further to that, the Zionist lobby is so powerful in Europe that they prefer to cave to their wanton demands, ignore the very basis principles upon which the European Convention of Human Rights is built, and avoid withering criticism or political isolation from Washington.

In point of fact, Europe is plunging into financial abysm largely on account of its reliance on US imperialism and its support of the Zionist regime. The role these alternative channels play in raising intellectual awareness and political insight is an irrefutable reality which serves as a resounding slap in the face of Europe. To put it in better terms, these channels hold a mirror to the European audience wherein the reality is reflected as it should. And this is exactly what harrows Europe with fear and wonder.

What is currently happening to the Iranian media is not just limited to Iran or to the Iranian community. These channels and like news outlets are the inalienable rights of the world citizens who are entitled to have an alternative voice different from theirs and choose to hear.

In fact, depriving the international community from these channels is stripping the people across the globe of the choice to hear. It is not ‘kosher’ and amounts to an act of intellectual abacination.

I actually had to look up the word "abacinate." It means to "blind by holding a red-hot metal plate before someone's eyes." (Hat tip: Isreallycool)
Posted by Yitzchak Goodman at 9:59 PM

The graphic is not bad, but pretty exaggerated. ANyone of the depicted organizations should be able to do the job single-handedly, we have trained them enough.

You mean, with seven tentacles tied behind the back?