Kucinich: "President Bashar al-Assad cares so much about what is taking place in Syria, which is evident in his effort towards a new Syria" 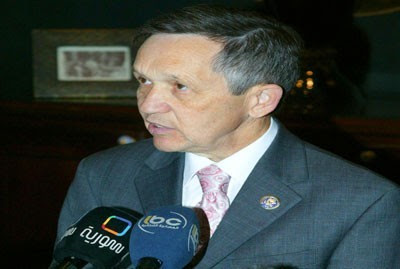 U.S. Congressman Dennis Kucinich called on international media not to engage in exaggerating the events in Syria and jumping to conclusions without talking to people and listening to what they want.

"There are some who want to give a wrong picture about what is going on in Syria," Kucinich said in a press conference held on Tuesday at the Four Seasons Hotel, adding that things should be left to the Syrian people, government and leadership to decide for themselves the direction and the way to go for democratic changes.

The U.S. Congressman described what is taking place in terms of the meetings of opposition and independent figures who are expressing themselves and their views openly and freely as "a largely positive progress", saying "President Bashar al-Assad cares so much about what is taking place in Syria, which is evident in his effort towards a new Syria and everybody who meets him can be certain of this."

"President al-Assad is highly loved and appreciated by the Syrians," said Kucinich, voicing his belief that people in Syria are seeking a real change which is up to them. [...]

The man's really earning the devotion of people like the owner of this bike: 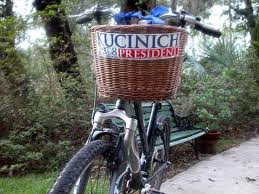 Posted by Yitzchak Goodman at 9:32 PM