The Large Hadron Collider keeps having the wrong sort of collisions. According to a Time article, the latest mishap may have happened when a "passing bird . . . dropped the chunk of bread on an electrical substation above the accelerator . . . " Just a bit of unwanted randomness? Not according to some scientists:

While most scientists would write off the event as a freak accident, two esteemed physicists have formulated a theory that suggests an alternative explanation: perhaps a time-traveling bird was sent from the future to sabotage the experiment. Bech Nielsen of the Niels Bohr Institute in Copenhagen and Masao Ninomiya of the Yukawa Institute for Theoretical Physics in Kyoto, Japan, have published several papers over the past year arguing that the CERN experiment may be the latest in a series of physics research projects whose purposes are so unacceptable to the universe that they are doomed to fail, subverted by the future.

The article goes on to mention some objections to this theory, but in my inexpert opinion, the main problem is that nobody knows what the folks in the future might or might not find objectionable. It's all pure speculation. For all we know, the people in the future may have taken (will being ge-taken haven?) a vote, only narrowly avoiding a resolution to stop the creation of the latest Mattisyahu CD.

I'm picturing all this as actions taken by future people, no doubt missing the "complex mathematics" that this Time article is rendering as a big metaphor for the vast uneducated public. On the other hand:

Nielsen tells TIME, "you could explain it [simply] by saying that God, in inverted commas, or nature, hates the Higgs and tries to avoid them."

You have to wonder why the "inverted commas" are necessary. I often think physics is catching up with religion. That's one way to think about it.

If the Collider is indeed on a collision course with a mysterious vanishing, then someone may have anticipated all this years ago: 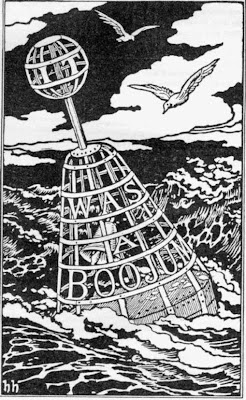 Crossposted on Soccer Dad
Posted by Yitzchak Goodman at 10:12 PM