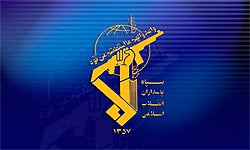 Juan Cole is currently worrying that Khatami's withdrawal from the Iranian elections will "Spoil Obama's Iran Plans." There's hope (and change also), however:

Obama may make and end run around the uncertainties of the presidential election by writing directly to the supreme theocrat, Ali Khamenei, to whom Ahmadinejad reports. I think this move would be brilliant and would immediately give the Americans the upper hand in follow-up governmental contacts.

In the meantime, the Iranian press is happily reporting the latest crackdown on dissent:

Iran's Islamic Revolution Guards Corps has dismantled specific internet networks and websites that were planning a soft coup in the country.

They announced the networks had been involved in organized cyberspace offences which targeted the 'security and culture' of Iranian society.

The IRGC said the networks were set up and funded by intelligence services of foreign countries to create an anti-revolutionary wave in a bid to plan a soft coup in Iran, the Islamic republic news agency reported.

According to the statement, the key members of the networks identified active individuals, provided them with financial incentives and technical in a bid to channel their talent into counterproductive activities.

The networks were also involved in projects aimed at desecrating religious beliefs, insulting the Holy Quran and spreading anti-religious attitudes.

The ringleaders of the networks, some of whom live abroad, were also arrested by the IRGC.

Crossposted on Soccer Dad
Posted by Yitzchak Goodman at 7:55 AM