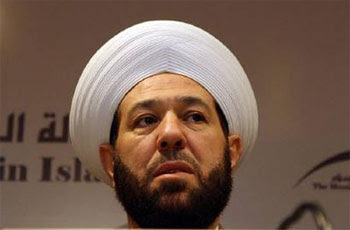 Syria’s Grand Mufti, Ahmad Hassoun, warned Egypt on Wednesday against “an Israeli plot to divide Egypt like the way Sudan was divided.”

In an interview with the Kuwait-based Al-Rai newspaper, Hassoun said the gangs in Syria killed his son because he refused to join the plot.

Other Iranian Press headlines include one from PressTV proclaiming "Russia will stop any attack against Iran" although the person interviewed is identified as "an independent military expert." In another interview-based article (with video), PressTV also informs us "US turning into burgeoning police state."
Posted by Yitzchak Goodman at 7:18 PM