The date of the Washington Post article by Goldstone is April 1st. Could it be an April fool? I don't think it can be because it is in the name of Richard Goldstone himself. Goldstone wouldn't joke about something that nearly cost him his place at his grandson's bar mitzvah and surely the Washington Post wouldn't take in vain the name of so august a personage as Judge Goldstone. Nope, I don't think it can be an April fool but it is bizarre. The only example he gives of something he described as an Israeli war crime is now explained away by Israeli negligence. And yet examples of crimes in the report of the report that he linked to cannot possibly have been negligence. Goldstone's about turn is bizarre but I don't think it's a joke. I will however keep in mind the possibility that someone thought it might make a funny April fool.

Let us recall some of what the Goldstone report inspired: 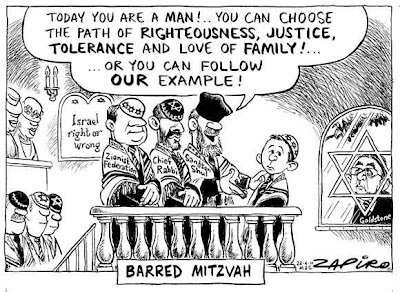 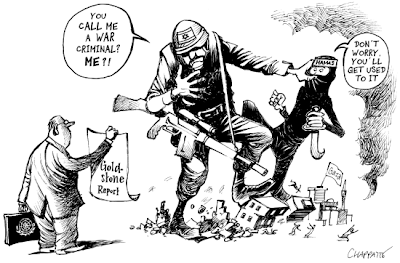 Posted by Yitzchak Goodman at 10:26 PM

Great post. I do regular workout as well follow the diet. i think it will help me a lot. people should go through it. Thank you for sharing.