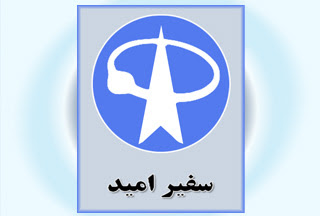 The logo of Omid, Iran's first domestically-built satellite, is to be featured on coins and banknotes, according to a cabinet decision.

The Iranian Cabinet approved the proposal presented by the Central Bank of Iran (CBI) to issue coins and banknotes with the logo of Omid Satellite.

On February 3, Tehran placed its indigenous satellite into orbit -- joining an elite group of countries capable of both producing satellites and sending them into space using domestic launchers.

Omid is a research satellite that has been designed for gathering information and testing equipment. After orbiting for one to three months, Omid will return to earth with data that will help Iranian experts send an operational satellite into space.

The new design is to reflect the country's aerospace achievement.

Iran is slated to launch three more satellites by 2010 and is taking initial steps toward launching a manned space mission, according to the head of Iran's space organization, Reza Taghipour.

Meanwhile, the recent discovery that Iran has more enriched uranium than previously thought is inspiring damage control in the Iranian Press and also among Informed Commenters. And speaking of Iran, Rooz has an interesting article about Ahmadinejad's recent call for some restraint on enforcing "the social safety plan which allows the law ‎enforcement agencies to harshly deal with such violations as dress-code slackness":

Raja news website interpreted this directive to be an order to review the social safety plan ‎altogether. Some critical media outlets, on the other hand, interpreted this letter and the ‎apparent change to be a public relations ploy on the eve of the presidential elections.‎

Crossposted on Soccer Dad
Posted by Yitzchak Goodman at 12:00 AM